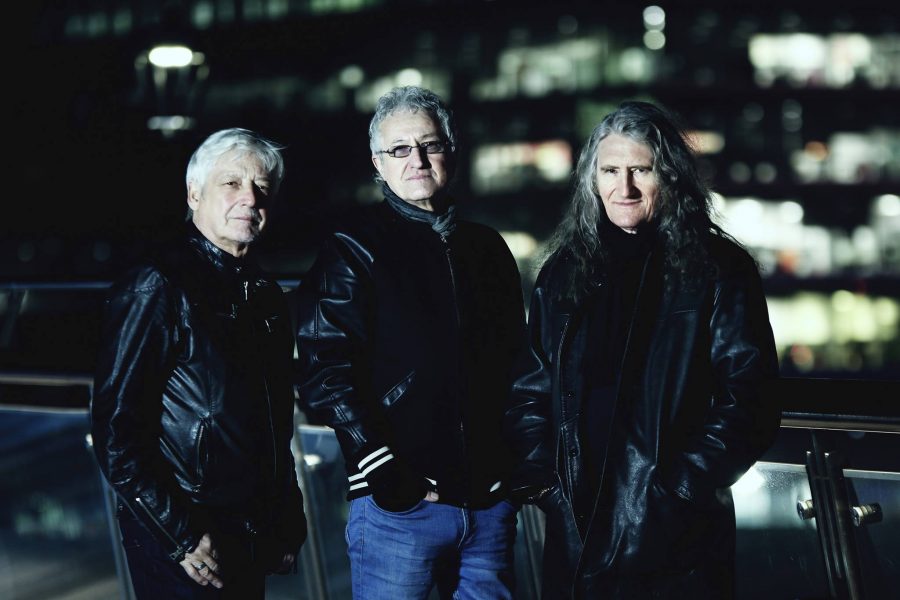 Sam comes from a deep musical background, with his Grandfather playing piano for, among others, Rinty Monaghan – as did his Mum !

He started his playing career in 1968 with a band called “By Itself”, playing in local youth clubs with drummer Lyn McMullan – and progressed to gigging in bars and clubs with “Roundabout” and “Just Us” in around 1972.

Sam opened his own recording studio in 1988, and went on to form the “Belfast Blues Band” with Eric Wrixon (Them, Thin Lizzy), Jackie Flavelle (Paul McCartney, Chris Barber) and John Wilson (Them, Taste).

This band morphed into the power trio Sk’boo in the early 90’s and toured extensively in Europe playing all the major festivals.

After Rory Gallagher’s untimely death in 1995, John Wilson and Richard (Charlie) McCracken came under pressure to re-form the band they had played in with Rory – “Taste” – so they approached Sam and offered him the job as guitarist & singer.

After some deliberation, Sam accepted, and proceeded to tour the world with John & Charlie  They released two albums along the way – the first, “Taste of Rory”, was a tribute to John and Charlie’s late friend.  The second album of original tracks written by Sam was “Wall to Wall”.  It was released to critical acclaim in 1999, and later named as “Album of the Decade” by popular music magazine “Blues Matters”.

After John and Charlie decided to retire, to pursue the easy life, Sam kept the music alive with his version of the band – “Sam Davidson’s Taste” –  with Lyn on drums and Albert Mills on bass.  They are still touring to this day !