Returning to our festival after a quick visit to the AA last year, anyone who missed this group of virtuosos has no excuse this year, as they will be gracing 2 different stages at our 20th festival this year.  VERY…HIGHLY…RECOMMENDED !

Scottish Jazz Awards finalists Rose Room have become one of Scotland’s leading ensembles influenced by the Gypsy Jazz genre. Sharing a love of Swing music and the style of the great Django Reinhardt and Stephane Grappelli, their “vigorous and vivacious” performances go “down a storm” with any audience as they serve up their 1930s ‘Hot Club’ standards, Gypsy Jazz favourites and self-penned originals with virtuosity, verve and panache.

With three albums recorded to date – ‘The High Life’ (2015), ‘Am I Blue’ (2013) and ‘Somewhere In Roseland’ (2011) – Rose Room have headlined at all of the major Scottish jazz festivals, appeared at the celebrated Shetland Folk Festival, and toured Ireland performing at the Guinness Cork Jazz Festival.

Rose Room were delighted to have been nominated for ‘Ensemble of the Year’ in the last ‘Scottish Jazz Awards’ and are frequently played on BBC Radio Scotland’s ‘The Jazz House’ and Jazz FM. They are involved in teaching and fundraising for The Clutha Trust charity, and recently performed to Prince Charles and the Duchess of Cornwall in a special event alongside young musicians supported by the trust. Two of Rose Room’s tracks are also featured on The Clutha Sessions charity CD. 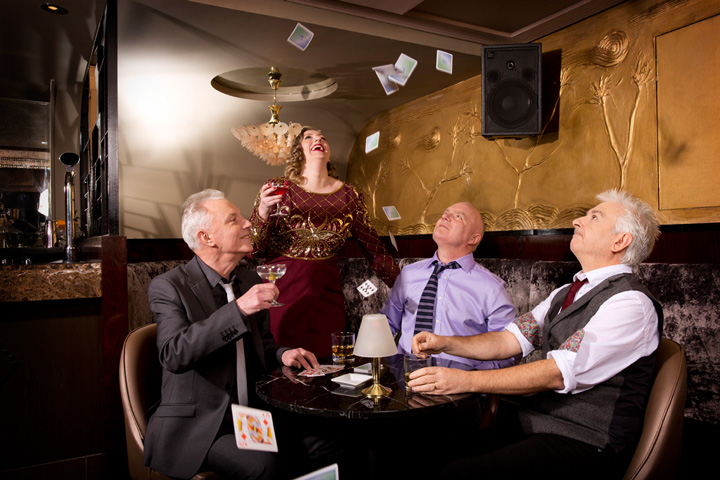