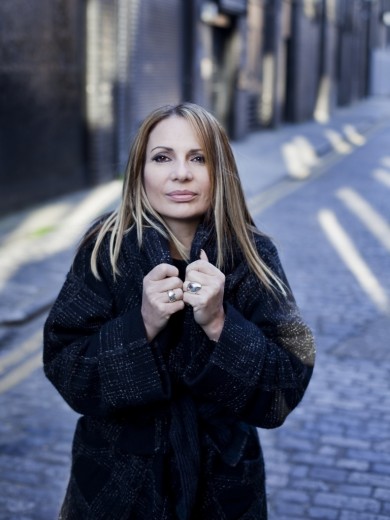 Appearing 31st March at 8.00pm in the Roe Valley Arts & Cultural Centre, this is a special chance for local music students and classical enthusiasts to hear one of the world’s finest and most revered concert pianists who has pursued a life connecting many genres of music defying categorizations.

Mercury Music Prize nominated in 2002 as a pianist, composer and conductor, Joanna has appeared as a concert pianist in over 70 countries, performing at the world’s most prestigious venues including Wigmore Hall and Southbank, Sydney Opera House, the Mozarteum and the Concertgebouw.

Her career boasts an impressive range of collaborations with conductors and orchestras worldwide including Pierre Boulez, Sir Colin Davis, and the London, Berlin and Sydney Symphony Orchestras, and the Chicago, Melbourne and Oslo Philharmonic, amongst others.

She has made over 30 solo recordings ranging from Bach, Ravel, and Debussy to jazz and contemporary. Joanna MacGregor has broadcast regularly on BBC radio, and on European, Australian and American networks. Aside from several appearances at the Proms, including the televised Last Night of the Proms, Joanna has appeared many times on television, including presenting the ten-part series ‘Strings Bows and Bellows’, which has been shown worldwide. She was the subject of a South Bank Show profile in 2003.

After studying composition at Cambridge University, and piano at the Royal Academy as a post-graduate, Joanna has been closely linked with the Royal Academy of Music, where she was made a visiting Professor of Piano. She has also held a fellowship at Trinity College, Cambridge and remains dedicated to music education, publishing a series of music books for young children written for Faber, ‘PianoWorld’ and delivering music master classes worldwide.

This concert will feature an exciting and varied programme including works by Bach, Shostakovich, Chopin, a new commission by an Irish composer and six tangos by Piazzolla, arranged by MacGregor.