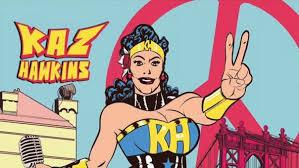 Now that the dust has settled on our fabulously successful Valentines Ball (thanks again to all who helped and supported our fundraiser this year), we can turn our thoughts back towards this years Danny Boy Jazz & Blues Festival.

This year will be the 20th running of the festival in its current form so a major milestone for sure. And for such an occasion, we need a really special act to kick it all off – and boy have we delivered!

The fabulous Kaz Hawkins and her band will be the main act on stage in the Roe Valley Arts & Cultural Centre on opening night, Thursday 9th June 2016. 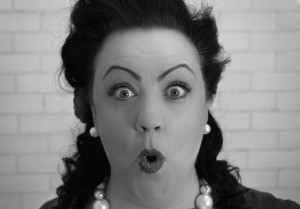 This isnt Kaz’s first visit to our ‘wee’ festival but Kaz and her band have definitely been one of the most talked about acts since their last appearance in 2014. Those who heard the band play in The Depot that year raved about the gig and we have rarely had a band more requested to return.

And we are especially lucky…. because that appearance at Limavady’s Own Danny Boy Jazz & Blues festival will be one of the dates on Kaz’s 2016 UK tour and one of the very few in Northern Ireland.

This will be a ticket only event as usual and ticket sales are available online NOW.  So more to come (and more acts and a few new venues to announce) but begin to make plans for the week-end June 9th-12th ….. 2016 is going to be BIG!