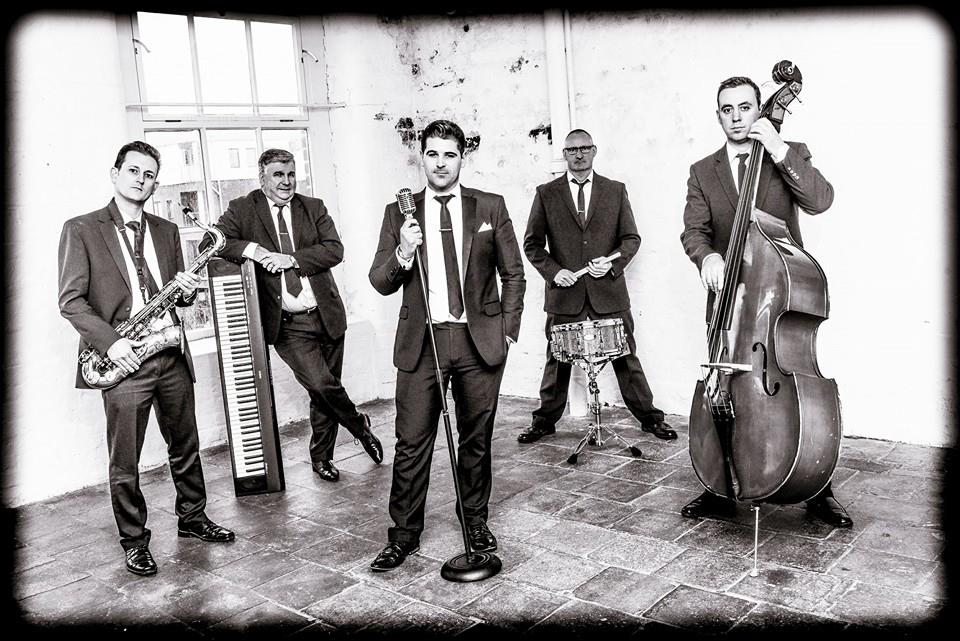 Dave Martin has become well respected on the Northern Ireland music scene. Over the years, he has regularly performed for many public venues, including the Northern Whig, Cafe Vaudeville, The Ivory, Flame Restaurant, Fitzwilliam Hotel, AM:PM Cabaret Club, and the prestigious Bert’s Jazz Bar, Merchant Hotel.

Throughout his professional career, Dave’s had extensive vocal and performance training, and has been a member of local theatre companies. He has won various competitions, one of which, the prize allowed him to record a song in Abbey Road Studios.

Swing Band Casino Cats have been performing throughout Ireland for many years.

They pride themselves on offering a “cooler than average” band, which is never cheesy, always completely live, never the same performance twice.

Their seasoned musicians have over a decade of performance experience. Some are members of the Ulster Orchestra, the Queen’s University Big Band.  They’ve supported, recorded and performed with artists such as Van Morrison, Ray Charles, Bob Dylan, Tom Jones, and Snow Patrol, to name a few…