After the fantastic success of the first Jazz’n’Blues Family Fun Day last year, our friends in Carrowmena are taking part again in this year’s festival on Sunday 16th June, starting at 12pm.

Carrowmena Family Fun Days are designed to be a perfect day out for all the family.   Admittance to the event is FREE

As well as spending time outdoors and enjoying some LIVE music, there will be loads of activities on offer for the whole family (young and old) to try at a reduced price.

The Coffee Pod will be open and Hot Food will be on offer, or bring your own Picnic and just enjoy the music! 🌭🧺

If you want to try any of the Activities – they are token-based and can be purchased at reception or DISCOUNTED TOKENS can be pre-booked online to avoid disappointment.

Tokens purchased online will be at a DISCOUNTED rate of £3.00 or you can purchase a Family Bundle of 6 tokens for £15.

Tokens purchased on the day will cost £3.50 or you can purchase a Family Bundle of 6 tokens for £18.

Admission to the site is FREE. 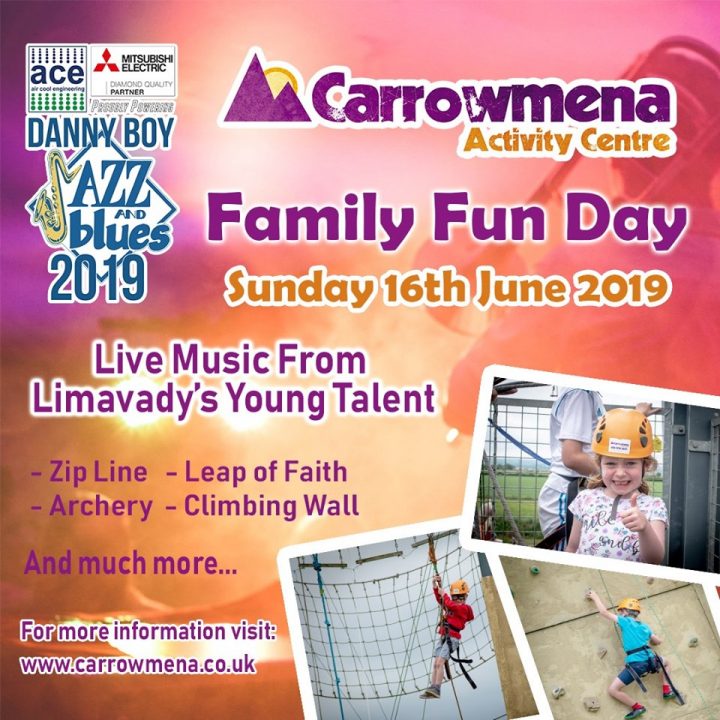 Lining up to take the stage at Sunday’s Family Fun Day in Carrowmena is the cream of local young musical talent.  Don’t miss this chance to catch our potential stars of the future.  Hot off the press… we have the full artist bios below…and some little snippets to whet your musical taste buds !

Remember…entrance to Carrowmena is FREE so I think we can safely claim this gig is the best value for money of the weekend !!!  See full event listing for details of additional family fun activities on offer, or visit https://carrowmena.co.uk 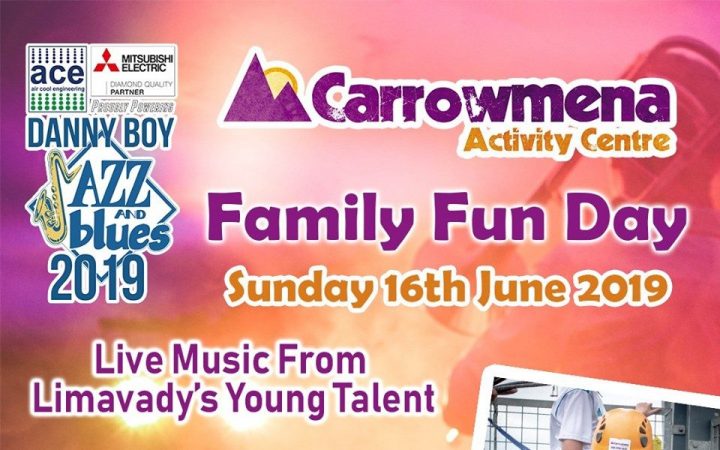 So, our line-up, in order of age…youngest first…that’s fair right ?! 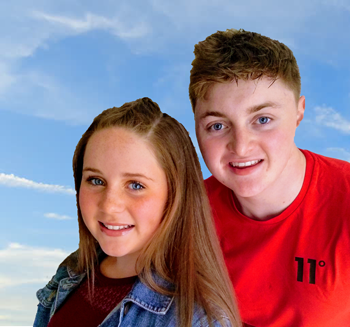 Clara is in her second year at St. Mary’s Limavady, and sings with the school choir. She was one of six Year 8 pupils to be chosen for last year’s Christmas production of “Blame it on the Boogie”.

Clara is also a member of the Long Tower Folk Group, and has been since birth 😉 and is now studying grades in Clarinet and Piano. She has previously performed in the Danny Boy Jazz and Blues Festival, and in the “Art Tent” at the Stendhal Festival in Limavady.

Clara’s love for music, stage, dance, drama and singing is the making of one happy teenager 🙂 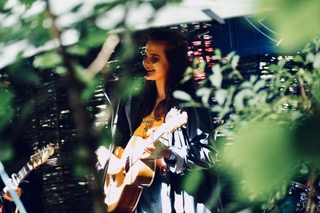 Molly is the grand old age of 15, and has been singing since she was 5 yrs old.  She started writing her own songs when she was 10, and since then it hasn’t stopped.
Her favourite music is very wide-spread – starting with Ella Fitzgerald, and going all the way to heavy metal !
Molly has sung at Danny Boy Jazz and Blues several times already, and has thoroughly enjoyed it every time – as did the audience 🙂
Molly has also played Stendhal Festival for the past six years and is very excited to play there again this year.  At Carrowmena she will singing here own song “My Ladies”, and two other jazz pieces.
See and hear more of Molly on Spotify, Tidal, Amazon (search for Molly Hogg) and be sure to check out her latest video here on Youtube. 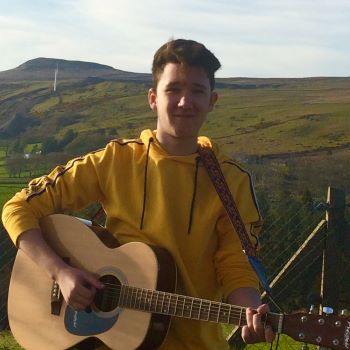 Aron is a 16 year old singer/songwriter who exploded onto the Northern Ireland scene with his first recorded single, Jigsaw, in January 2019.

This talented young artist is at the beginning of his music and performing journey, but he already shows a style and confidence that is getting him noticed in various music locations, including getting airtime in several London Radio Stations.

Jamie is 17 years old, and music plays a huge part of his life. During his time at Drumachose Primary School, he was cast in the lead roles of their productions of “My Fair Lady”, and “The Sound of Music”. He also won their talent competition “Drumachose Has Got Talent”.

Jamie has just completed studying his first year of A levels at Limavady Grammar School, where he has performed in many of their school productions, Spring and Christmas Concerts, but most recently as Mr. Crocker in their Christmas production of “Back to the 80’s”. Where his rendition of “Man in the Mirror” was amazing.

Jamie was also cast to play the role of “Skimbleshanks” in the Millennium Forum Youth Theatre’s production of “Cats” in the summer of 2018, and in July this year you will see him again on stage in the Production of “Legally Blonde” where he has been cast as one of the “Harvard Boys”.

For the past few years Jamie has become a member of the long running “LMS” where he has performed in their last two productions in the Millennium Forum and is hoping to join the cast of “Calamity Jane” for their show in April 2020.

Jamie is also a very talented piano player, which has led to several performances in the Danny Boy Jazz and Blues Festival, The Foyle Maritime Festival, and also the Stendhal Festival.

The boys formed their band as a result of their shared love of groups such as Guns n Roses and The Foo Fighters.

They are indebted to one of their teachers, Mr Patrick Park, who was instrumental in introducing them to each other and has mentored and encouraged their development from day one. 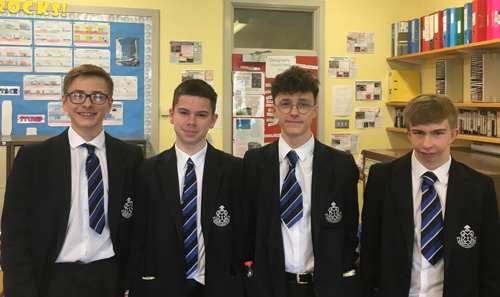 “The Era” are present & past pupils from St Mary’s School Limavady, who got together about a year & half ago.

The band members are

Joining the boys on guest vocals for a few numbers is Ariana O’Kane.

The band perform their own brand of ‘alternative rock’, performing original material as well as covers, and have a strong musical background from their time in St Mary’s. 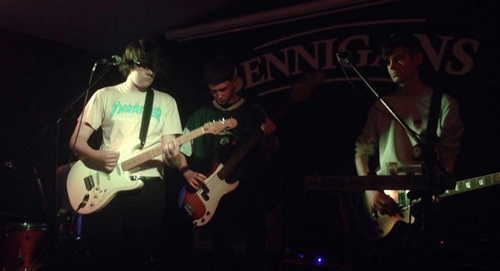