Another 48 Hrs for Danny Boy 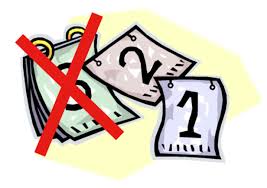 We haven’t really had a close look at what’s available on Sunday yet so here goes.

The Dharma Bums are playing some cool jazz standards in the marquee at Frank Owens accompanying a barbeque for anyone skipping the Sunday roast this week-end. While up at the Roe Park Resort, the Rhythm Rascals are offering a wide range of jazz and swing music from the 20’s through to the 60’s.

A strong locally grown theme next with The Eunan McLaughlin Quartet providing the entertainment in Douglas’ Bar from 3pm and the Limavady Big Band in the beer garden at The Alexander Arms from 4pm.

On into the early evening slots where Danny Boy Jazz and Blues regulars have a strong grip. Errol Walsh & Ted Ponsonby are playing in Banter’s from 7pm, The Mark Braidner Band at The Depot and The Clara Rose Band in Douglas’.

And finally onto the closing act of this year’s festival. And what a band to close too, the brilliantly named Thank Funk will be bringing the curtain (and possibly house) down in the Thatch from 10pm.