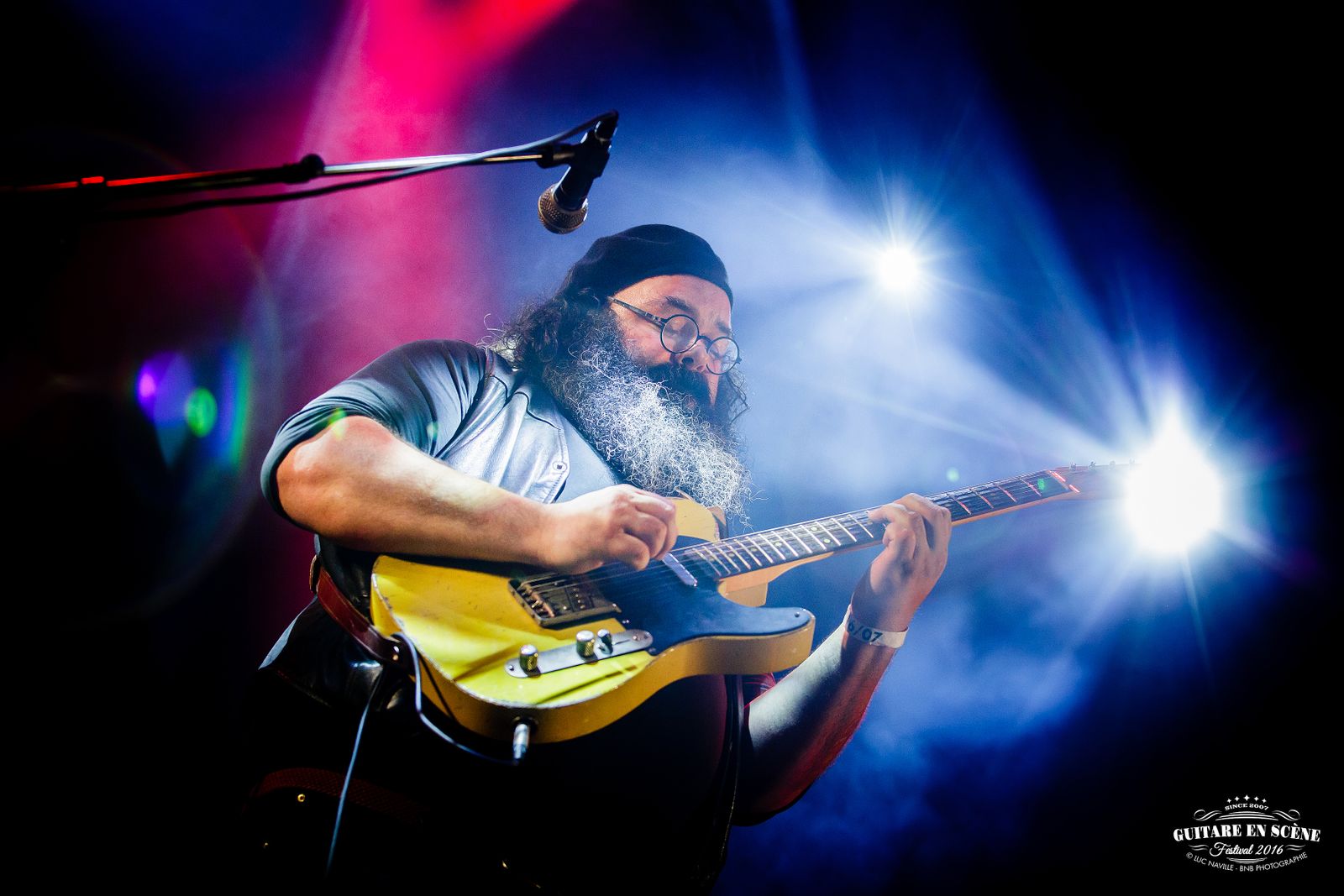 Widely acknowledged as one of the finest guitar players in Ireland & the UK, Johnny Gallagher is first and foremost an explosive live entertainer.

Johnny and the Boxtie Band are busy lads – we’ve been trying to bring them to our festival for the last 5 years, but their busy European summer touring schedule has always scuppered us !

So we are absolutely DEEEE-lighted at long last to have them opening our 24th Annual Festival this year. Who knows if we’ll get them back any time soon, so we’ve asked them to play 2 shows for us, so you all get a chance to hear them…at least once 😉

He has scorched his way through shows all over Europe and is held in awe by musicians and fans alike in his native Ireland.

His live shows with the powerful Boxtie Band feature a trawl through his own original material interspersed with stunning personal versions of songs from the likes, Lynyrd Skynrd, Hendrix, and Peter Green among others.

Though privately quiet and unassuming, Johnny oozes charisma and excitement on stage with that indefinable and much sought after “larger than life” presence. He can change from full on aggressive rock to quieter moments of more tender, introspective music, and in the course of a set he shows his wizardry on both electric and acoustic guitars.

To top it all, Johnny possesses truly unique and expressive voices which show cases his songs with the dynamics to swoop from a scream to a whisper.

James and Pauric Gallagher are of course the twin brothers of Johnny Gallagher and have been in the band from day one. They are essentially the backbone of the Boxtie Band as they instinctively understand Johnny’s music and always know exactly what and where to play in complementing Johnny’s lead playing.  And of course, Sean O’Reilly lays down the beats with groovy rhythms to tie it all together.

The event is finished.