A guitar and organ driven blues trio, the band was formed in 2014 by Dundee born guitarist Simon Kennedy. Enlisting Mirek Hodun on the organ they set about writing and producing their debut album “Make Up Your Mind” themselves which was well received by critics and fans alike with BBC Radio 2’s Paul Jones saying the band were “deservedly the recipients of a great deal of praise” and the Independent Blues Broadcasters Association voting it their Album of the Month.

Glasgow based session drummer Richard Kennedy, joined the band in 2017 to complete the line-up of guitar, organ and drums.

With the success of the debut album they have been sought out to play major festivals like The Orkney Blues Festival, Perth’s Southern Fried Festival and Glasgow’s Merchant City Festival. They also had the pleasure of playing Scotland’s biggest blues club in Edinburgh, in support of Big Joe Louis. In 2016 the band headlined a sold out show at the Edinburgh Jazz & Blues Festival during the International Edinburgh Festival.

2017 will see the band release a follow up to their well received debut album towards the end of the year. 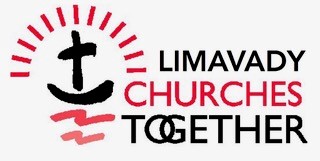