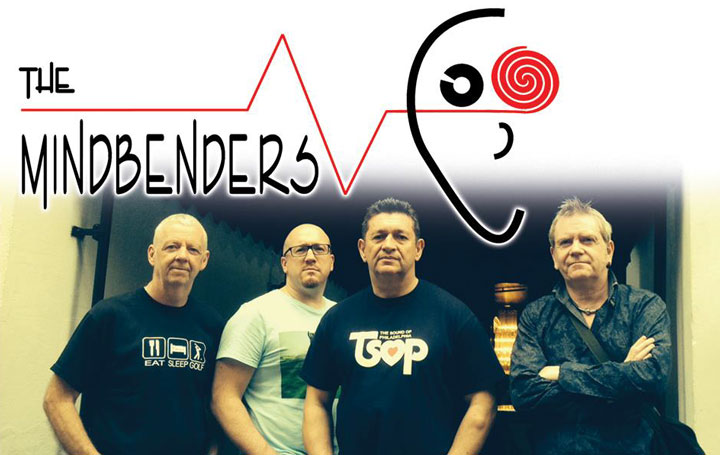 The Mindbenders are a four piece covers and originals band from Donegal & Derry.

Playing all over Ireland, the band blends funk, soul, rock & pop into a cocktail of pure musical entertainment.  They have been regular guests of Guinness at the Cork Jazz Festival and have entertained every year at the Derry Jazz & Big Band Festival since its launch.

Four seasoned professionals, the band can tune their programme to entertain any audience.  You’ll hear classics like “Rosanna” & “Africa”; Journey’s “Dont Stop Believin”, Hendrix’s “Crosstown Traffic”; “Reelin’ in the Years” & “My Old School” by Steely Dan; Funky 70’s hits like “September”, “Disco Inferno”, “Streetlife” & “Superstition”; Watch out for their version of the “Starsky and Hutch” theme tune and Prince’s “Purple Rain” with its epic guitar solo.

That’s just a few to mention but there’s loads more in the set, plenty to suit all musical tastes.