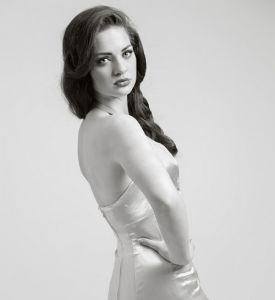 Making her festival debut, the Katharine Timoney Quartet features a fantastic line-up of seasoned professionals with undoubtedly one of the biggest voices of this generation. An accomplished musician, she began writing songs on piano and guitar which quickly led to a live performance at song-writing showcase ‘Belfast Nashville Songwriting Festival’ in 2011. Since, she has performed in Ronnie Scott’s (London) The Waterfront Hall, Berts Jazz Bar, The Merchant Hotel, The Empire, The Black Box and more recently earned residency in Belfast’s Cabaret Supperclub.

In 2013, she stepped onto the local blues scene performing with ‘Soul Foundation’ band at Belfast City Blues Festival. Having launched her debut EP ‘Guilty Sin’ in 2014 she has gone from strength to strength, achieving more in a couple of years than could have been anticipated.