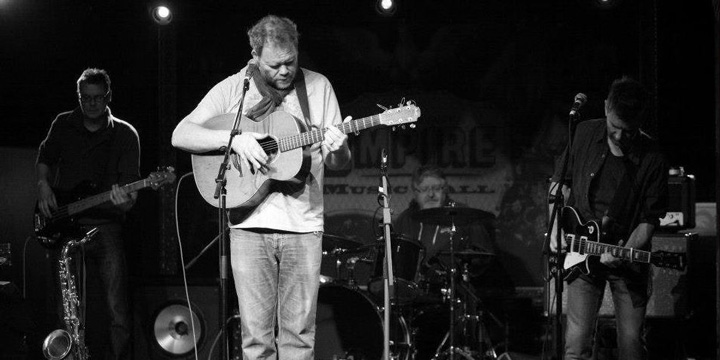 Originally from Belfast, bass and drum duo ‘The Armstrong Brothers’ have supported some of Northern Ireland’s finest performers for many years.

They have laid down a steady drum and bass groove for artists such as Ken Haddock, Brian Houston and Willie Byrne and they formed the backbone of Belfast Acid Jazz band Wavy Gravy.

They re-join forces with the fabulous Ken Haddock who along with the supremely talented keyboard player John McCullough (a regular with Ronnie Greer) will deliver a range of popular but tasteful cover versions from artists as diverse as David Bowie to the Hollies.

Ken, a regular at the Belfast Empire Music Hall, has a voice that is distinctive, diverse powerful and yet comforting and he commands a loyal crowd wherever he plays.

Ken Haddock with Ronnie Greer at the BBC