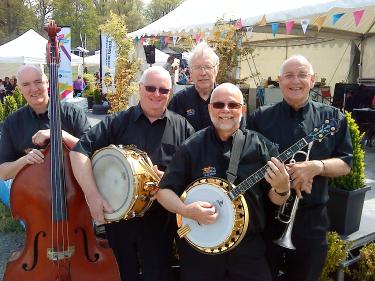 The Martello Jazz Band was formed in the autumn of 1985 by a group of enthusiastic musicians who had played previously in other bands.

Their aim was to produce a sound reminiscent of the Dixieland bands which were commonplace in the New Orleans of the 1920’s and 1930’s, but also to stamp on it their own brand of drive and flair.

The resulting music is fresh and full of vitality, while still retaining the traditional flavour.

This recipe has been successful in introducing a wide range of audiences to this form of music, even those who previously did not consider jazz to be to their taste !