Mark Black Band are a power trio unlike any other traditional blues based outfit.  Featuring amplified 12 string acoustic guitars, lap steel, didjireedoo, pumping driving roots rhythms grooves that make this act one of the hottest and dynamic live acts around. 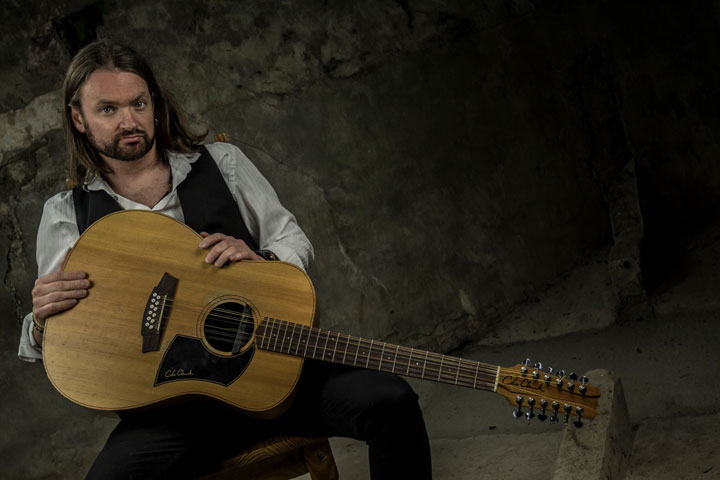 The band is led by singer/songwriter and guitarist Mark Black, whose musical credentials include 2 self produced studio albums and a double live album and concert dvd featuring the 13 Piece Big Band “The Roots Orchestra”.  Also featuring Seamus Devenny on drums and Brendan McGlynn (Color//Sound) on bass.

Mark is a songwriter, guitarist and producer with a very distinctive style of “rootsy blues”, who often combines rock, country and Celtic influences into his powerful mix.

Here’s a flavour from Bandwagon TV, which specialises in stripped down acoustic numbers, performed in that caravan off Father Ted – the one with Graham Norton in it…

‘Leave Without A Trace’, the second single from the album ‘Ghosts In The Fire’ features the power rock trio doing what they do best – with big drums, big guitars and powerful vocal harmonies. Mixed by Tommy McLaughlin from the Villagers.  The video (below) features epic big wave surfing scenes from the West Coast of Ireland.