Kick The Bucket Blues Band is a female fronted group from Omagh, Co.Tyrone. Formed in 2010, the band has enjoyed great success with an increasingly busy calendar of live shows, gigging across the country in many major blues festivals, clubs and bars. 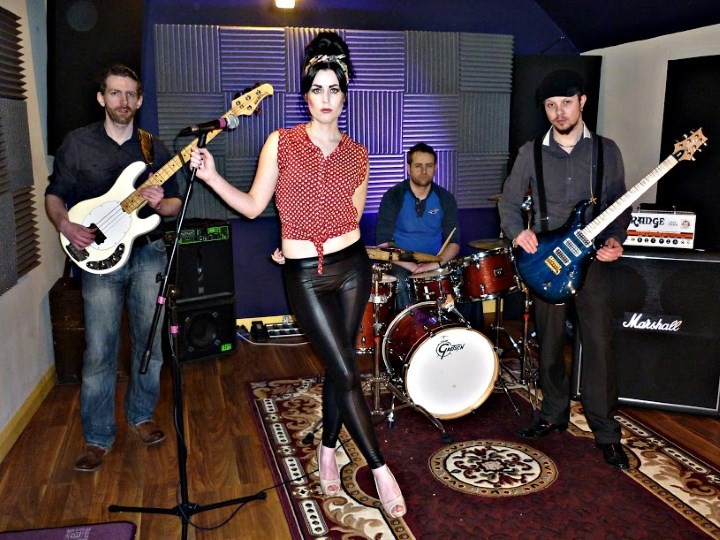 The four piece play a variety of blues numbers in their own unique sound which incorporates elements of rockabilly, soul and funk. While they continue to write and record their debut album, their set continues to include more of their own original material.

They also cover artists such as Big Mama Thornton, Memphis Minnie, Koko Taylor, Imelda May, James Brown, Otis Redding, Albert King, Wanda Jackson and many more. They’ve developed a reputation for putting their own upbeat and funk-driven style into their renditions.

They have also released a DVD, Live At Outland Studios which is available on Youtube.

The line up consists of: