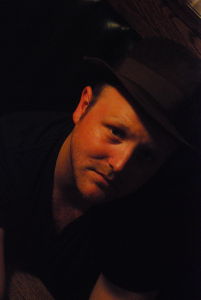 JF is the recipient of two national songwriting awards from ASCAP (Lyricist of the Year in 2007, Socially Conscious Songwriter of the Year in 2011), and is the founder of ‘The City of Love Festival’, a Philadelphia music event featuring regional and national bands, benefiting impoverished Philadelphians.

Francis tours extensively in the US, Canada, and Western Europe, has performed with Loretta Lynn, Wilco, Kris Kristofferson, George Jones, Suzanne Vega, Amos Lee, Josh Ritter, Ray Lamontagne, Steve Earle, Sinead O’Connor, and he performed upon invitation for the United Nations Summit for the Eradication of Extreme Poverty in 2008.

‘Sojourners Magazine’ lauded John Francis, “Like the best story-songs from Springsteen, the tale and the telling haunt the listener”. Philadelphia Inquirer wrote, “Ripe with honest questioning we used to count on Dylan and John Prine to serve up”.

Renown German filmmaker, Wim Wenders wrote, “With my iPod set to play only my favorites, I noticed how often John Francis (O’Meagher) comes up lately…He must be doing something right!”