Get Rhythm – with Paul Buckley 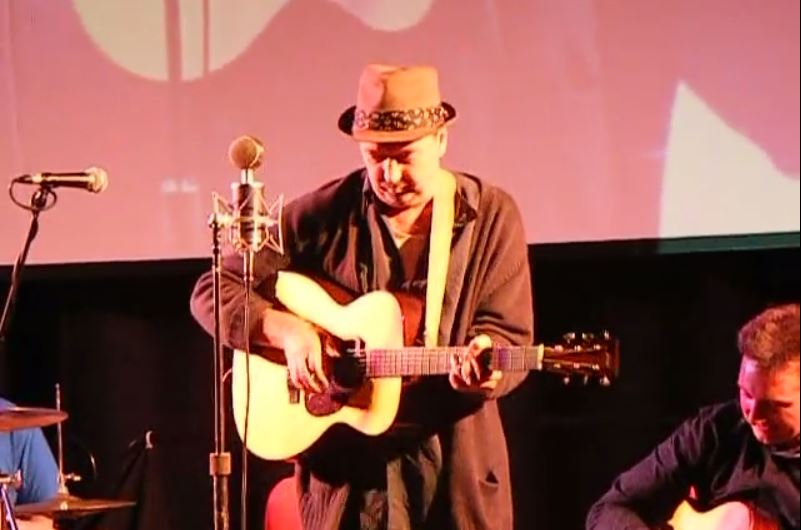 There have been five or six line ups of ‘The Paul Buckley Band’ which continues to evolve and there are several ‘Paul Buckley Trios’ alive and well in Donegal where he lives, immersed in the traditional and contemporary music of Ireland that is a major influence on his work.

In his recent career, Paul Buckley is revered for his acoustic guitar playing, and often appears at guitar festivals – either hosting the late night festival club or on the concert stage alongside the world’s foremost acoustic guitarists.  However, over the years he has enjoyed taking part in every possible music experience…

My style of playing has been shaped by the blending of all influences.  It wasn’t planned that way, it was just that I never turned down a gig or passed up on an opportunity to play.

From the age of six Paul was taught classical piano and theory of music. He taught himself to play guitar from the age of eight and by the time he was fourteen he was already playing in his local folk clubs in the West Midlands area of the U.K.

His music is a mixture of Americana roots music and his own compositions.  Much of it came via his father who had been a jazz musician in the 1950’s, having appeared with New Orleans musician Lonnie Johnson – a guitarist that became a major influence on Paul’s style.  Paul’s basic programme to this day is made up from a heady cocktail of folk blues and jazzy swing tunes, blended together with his own beautifully crafted songs.

In addition to solo appearances in folk blues and jazz clubs he has collaborated with many other performers.  His trios included ‘Mr Charlie’, ‘The Winfield Brothers’ and ‘The Dynamite Twins’ – which were inspired by the string bands and country blues singers of the 1930’s.  One of these line ups achieved some recognition when in 1978 they opened for blues legends Sonny Terry and Brownie McGee.

In the 1980’s he worked in the folk and roots clubs and at festivals as a solo performer and with the guitarist Chris Newman.  In the 1990’s he concentrated on working with band musicians in England, Ireland and throughout Europe.

After 2000 and following the success of the books ‘McCarthy’s Bar’ and ‘The Road to McCarthy’ he toured with the actor writer and comedian Pete McCarthy.

Get Rhythm – fronted by Paul Buckley