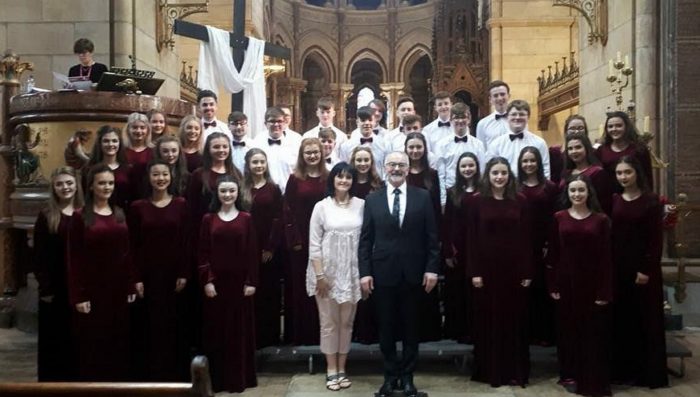 Both the Codetta Junior and Youth Choirs were launched in September 2017 to provide a choral pathway for singers from age 9 to adult within the Codetta family of choirs. The members of the choirs are drawn from schools throughout the Derry City and Strabane District Council area and meet for weekly rehearsals throughout term time. The choirs have grown out of what were previously the City of Derry Civic Choirs and are conducted by Dónal Doherty, Director of the City of Derry International Choir Festival.

On their first visit to the prestigious Cork International Choral Festival (now in its 64th year), Codetta Youth Choir competed in two categories and were awarded first prize in both the Youth Choir and Sacred Music sections of the festival. In addition, they also had the distinction of being given the highest mark of the festival – 95% – in winning the Youth Choir competition. Commenting on their outstanding achievement, the adjudicators said that ‘it was a privilege to hear a performance of such quality’.

Codetta Youth Choir will be performing in Christ The King Church on Sunday 3rd June 2018 at 7.00pm, alongside the Belfast Community Gospel Choir and Long Tower Folk Group.